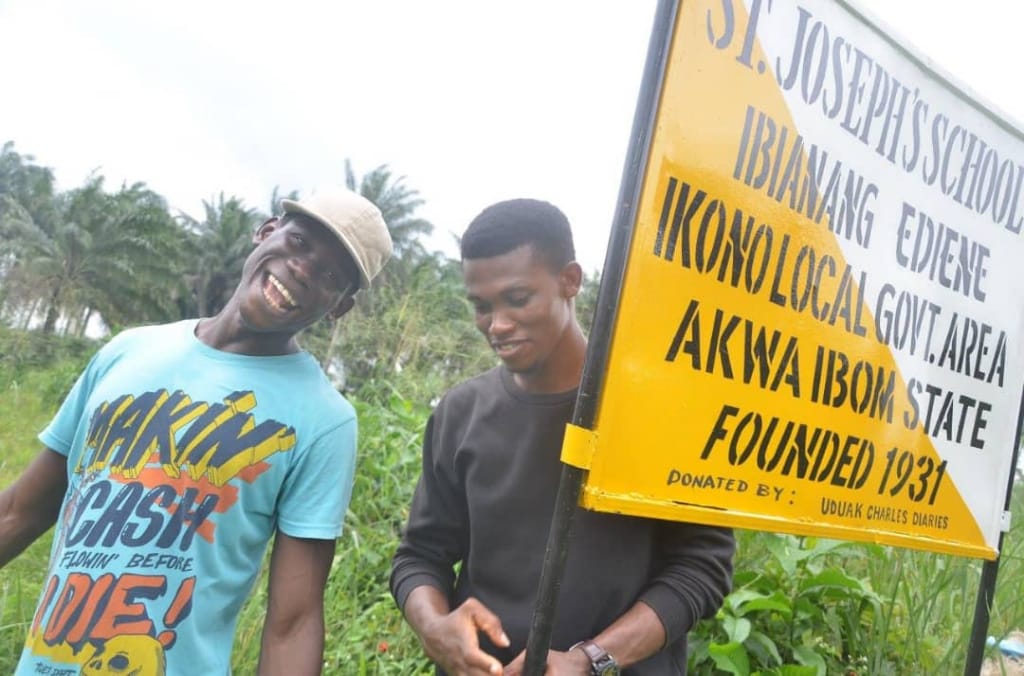 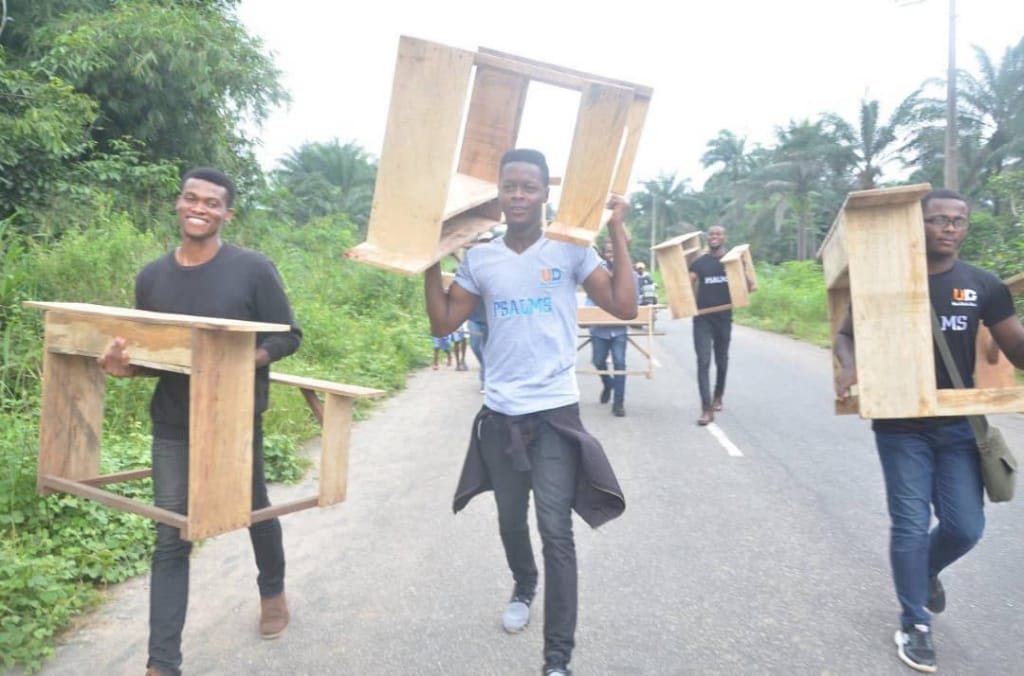 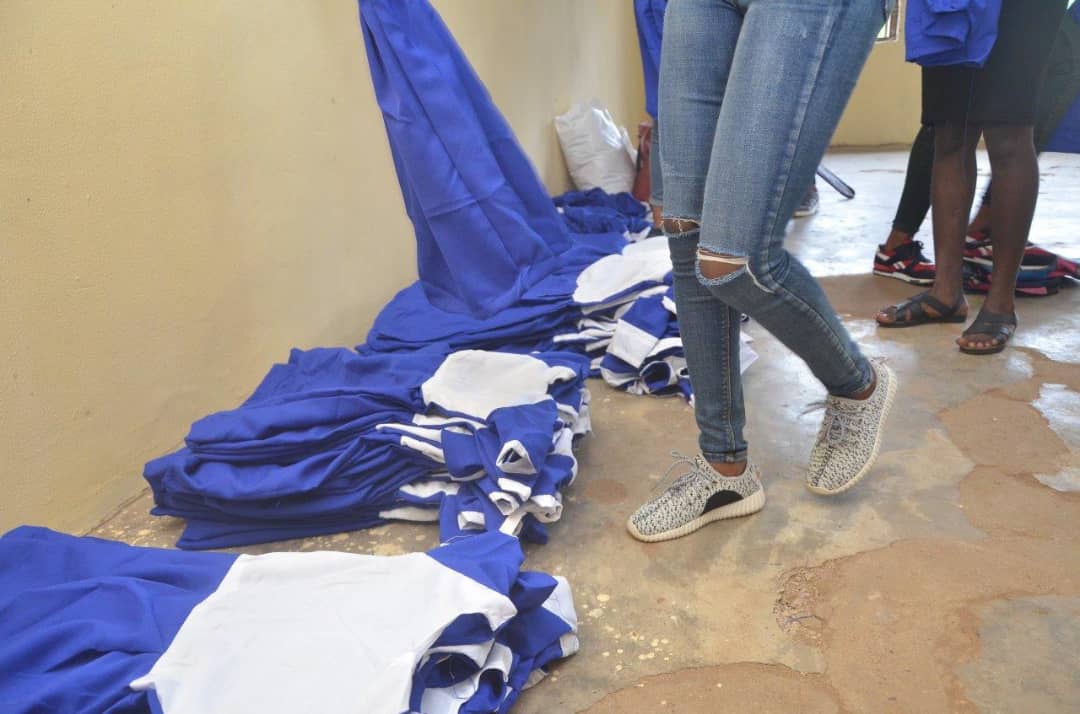 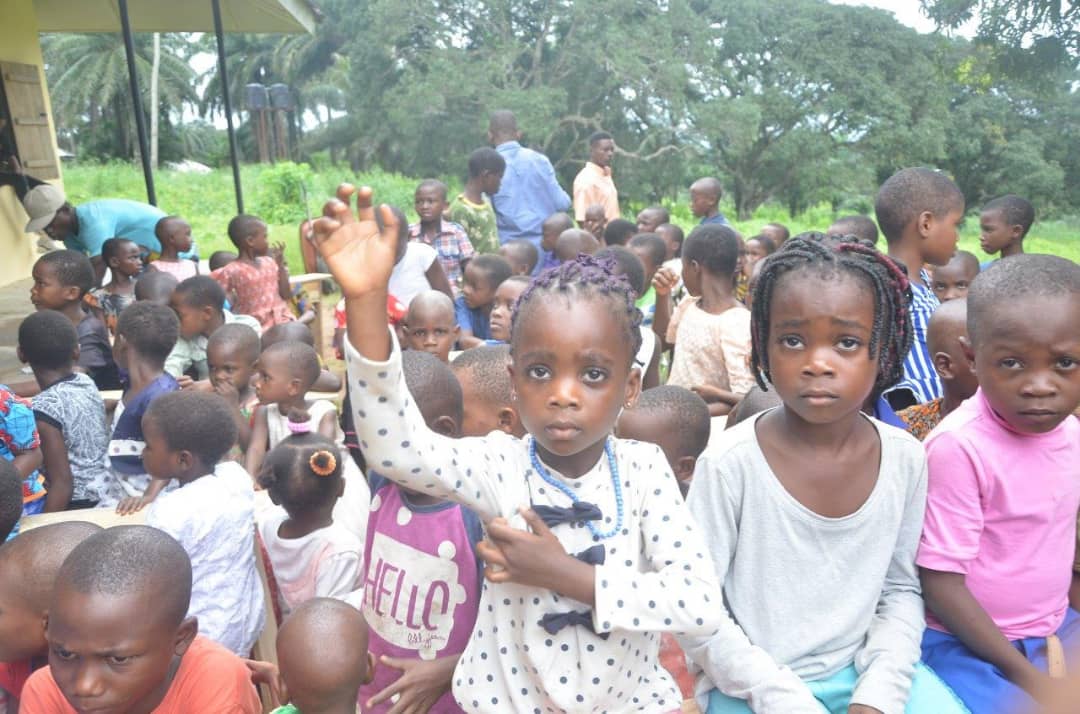 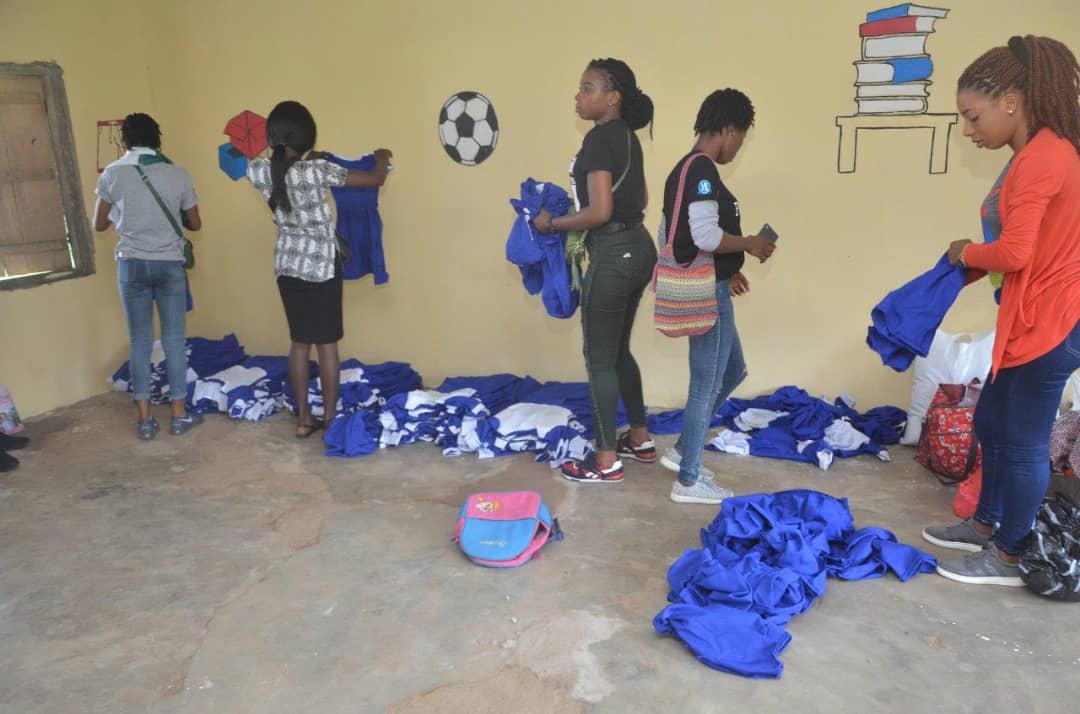 In typical fashion, planning and preparation had been going on for months and this climaxed to the joyous occasion witnessed at Ibianang Ediene Community in Ikono Local Government Area on the 14th of September. Uduak Charles Diaries Foundation, a non-profit charity Organization set out to add to the pages of her diary by adding to the success story of members of Ibianang Ediene Community.
In 2019, PSALMS an annual outreach of Uduak Charles Diaries Foundation featured project RENEW in lieu with the Organization’s objective to execute projects that will contribute positively to the growth and development of communities, the Community Development Service department undertook the project of renewing St. Joseph primary school. The renovation included painting of a dilapidated school block and its classrooms, darkening of the faded school board, filling the pot holes in some areas of the classroom floor with cement. Murals were made on the classroom walls to aid learning and to increase the aesthetic value of the school compound. These activities was set into play by a team consisting of professional painters and artists some of which were volunteers, others were also hired for production for optimal results. One of such was the carpenter from within the community, hired to make twenty (20) desks for the school pupils.
As a tradition, Uduak Charles Diaries Foundation as part of her empowerment program, secured the services of two (2) barbers and a carpenter mentioned earlier, from within the community. The barbers worked alongside the hairdo and haircut department to ensure achievement of maximum and optimal results. The children who had their hair cut were organized and grouped by the use of tallies, the tally system gave the barbers adequate concentration to produce scintillating services in record time, simultaneously, hairdo was going on with different styles on display. Each team member was occupied accordingly and this eased the gigantic workload. Towards the end, as the numbers dwindled, a radiant look could be seen on the faces of the women whose hairs were being plaited, this radiant look could also be observed on the faces of the team members of the hairdo department, and in no time there was an eruption of joyous chorus from both parties. This infectious atmosphere was rapturous and indeed a sight to behold.
In line with the Project 300 initiative which was initiated the previous year, this year witnessed the team of volunteer tailors who dedicated their time and efforts into cutting, stitching and sewing of uniforms for the pupils of St. Joseph Primary School. The smiles on the faces of the parents and guardians was further widened as their elated wards tried on the primly tailored uniforms and were also gifted dresses, shirts, shorts, trousers and shoes.
The health department conducted a seamless process of screening, diagnosing and treatment of common ailments. The efficient health team consisting of doctors, pharmacists, Lab scientists and nurses conducted checkups on both the young and old. HIV and malaria test screening were not left out of the mix, as drugs were administered,counselling and referrals were made for critical and severe cases.
The flood tide of the outreach came at the moment when the Nigerian flag was hoisted at the centre of the school compound. The old weather beaten flag was brought down and a new flag replaced it on the flag pole. Bringing down the old flag and hoisting a new one, signifies the conscious effort Uduak Charles Diaries Foundation is putting into bringing down despair, fear and helplessness and to raise hope and a better life to the fore.
Summarily, Psalms 2019 was succesfully rounded up with the provision of free medical consultations and counselling, screening and dispensing of drugs to about 100 adults and children by the health team. Also about 130 school uniforms were given out to school children along with educational materials and the event was wrapped up with 50 pupils who had their hair cut and about 15 women with beautifully coiffed hair.